Investing Happiness: ‘Discover big success in your investment journey on the stock market.’ 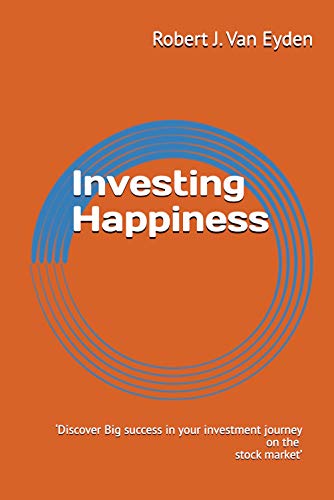 Emotions get in the way of successful investing; financial markets are, at times, very unpredictable and irrational. With a good understanding of our emotions, which are driven by our biases, we can achieve long-term success from investing in the stock market by following a well-defined investment strategy and eliminating any emotional bias.

The Money Fountain was published in 2013. In the sequel, Investing happiness, the protagonist, Ash, continues his journey across Europe and America.

Ash has found his own money fountain and is financially independent. He has become a household name around the world as a wealth-creating guru, presenting on the principles he discovered in The Money Fountain: “Invest in an asset that grows over time. Allow the magical power of the compounding effect to get working for you.” Over the years, audiences and readers have found the principles logical and easy to implement, but not.

As Ash zigzags across the globe, he is amazed that readers of the book and attendees of his seminars and talks grasp the principles but find them challenging to implement. He wonders why more folks aren’t doing what he did and taking advantage of the bonanza.

On a trip on the Eurostar from Waterloo to Paris, Ulysses sees Ash sitting across from him and recognizes him as the author of The Money Fountain. Ulysses compliments Ash on the book but tells him he has not created his own Money Fountain yet. At the end of the trip, Ash commits to meet with Ulysses in a few weeks. Ulysses lives in New York, and the statue of George Washington that is close to Wall Street will be the meeting point. Ash will explain why so many folks aren’t taking advantage of the secret to wealth formula.

The book follows Ash on his travels, where he plans to consult some of his mentors whose research focused on the psychology of investor behavior. He believes this could be the missing puzzle piece.

Robert J. Van Eyden, Ph.D., has been fascinated by the workings of the stock market from an early age. Over his career, he has taught, presented, researched, published, blogged, all stock market-related. Also, all of the businesses he has led and managed have been associated with the stock market.

His investing and trading journey had come a complete circle, initially applying artificial intelligence in predicting- and selecting stocks, when it was in this infancy three decades ago to his current significantly more straightforward “gong-back-basics” approach. Achieved by following an automatically-defined investment and/or trading strategy while at the same time eliminating all our emotional biases.

His why for doing all of this? It is to help investors and traders achieve long-term success in the stock market by focusing on the psychology of trading and/or investing.

How Finance Works: The HBR Guide to Thinking Smart About the Numbers

Price: (as of - Details) Based on a popular class taught by a Harvard Business School professor.If you&apos;re not a numbers person,...
Read more
Stock Market Books

Inside Technology Stocks: The Secrets to Investing in Today’s Hottest Companies

Price: (as of - Details) Technology stocks provide the wildest, most exhilarating, most profitable ride in the stock market today. This is...
Read more

How Finance Works: The HBR Guide to Thinking Smart About the Numbers

Price: (as of - Details) Based on a popular class taught by a Harvard Business School professor.If you&apos;re not a numbers person,...
Read more

Inside Technology Stocks: The Secrets to Investing in Today’s Hottest Companies

Price: (as of - Details) Technology stocks provide the wildest, most exhilarating, most profitable ride in the stock market today. This is...
Read more

Getting Started in Value Investing: 72

Price: (as of - Details) An accessible introduction to the proven method of value investing An ardent follower of Warren Buffett-the most...
Read more
Load more